The Grid sharing solar UPS works without any change-over. The total load is shared by the solar MPPT and the utility during mains availability and between battery and solar power during mains power failure.

The output of MPPT is fed to the power sharing module which ensures that the maximum power from solar is utilized for the inverter to function. If the solar panel power availability is adequate to cater to the load demand, no power is drawn from the grid and the solar power shall take care of the battery charging.

The power from mains is conditioned (using AC-DC-AC conversion) in the Grid shared concept and hence some are of the opinion that the efficiency on mains mode is compromised, but this ambiguity is unfounded as the very purpose of using solar concept is to minimize the mains power dependency, with efficient planning only a fraction of the mains power is utilized.

The UPS output gives conditioned power without any change-over and hence is ideal for critical applications like servers, diagnostic equipment and process machineries.

The intelligent module utilises the entire power available from solar and in the event of a short-fall in power availability from solar, the mains power is drawn to compensate the deficit of power.

For example: If the total load is 10KW and we use a 10KW Grid sharing Solar UPS with 10KW Solar panel ,under normal conditions the entire 10KW power is supplied by the Solar energy and no power is drawn from mains. But if the solar power falls down to 9KW due to reduced sunlight intensity, then the deficit 1KW power is drawn from the mains/ Battery bank and rest 9KW from solar. 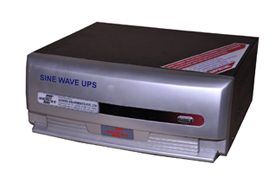 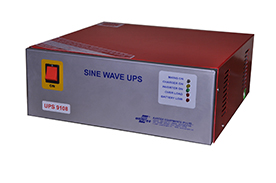